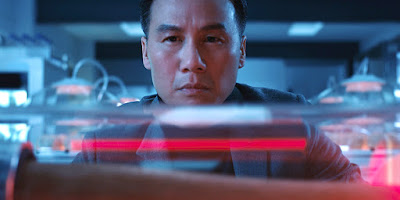 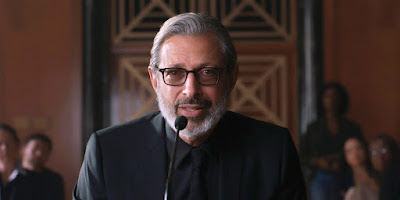 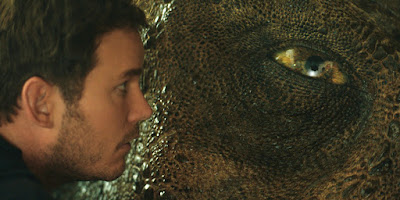 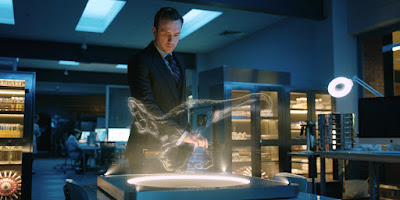 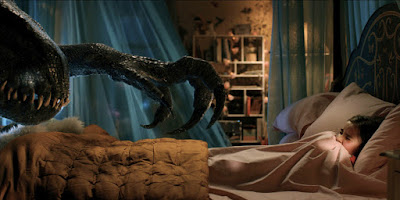 Amazingly, I haven’t even scratched the surface of how idiotic this is. I haven’t mentioned James Cromwell’s character -- a wheelchair bound partner of Richard Attenborough’s John Hammond -- a character the franchise never mentioned until this movie. Or Isabella Sermon, whose character isn’t just unnecessary, she’s also wrapped up in one of the most superfluous plot twists in film history. Nor have I mentioned how the movie can’t make up its mind whether we should pity, fear or laugh at dinosaurs. FALLEN KINGDOM is a tonally awkward mess that feels like three separate sequels were edited together into one ridiculous movie but goddamn if it isn’t entertaining. Partly it’s because the film is top-heavy with character actors. Apart from Levine, Jones, Wong and Cromwell, we also get Geraldine Chaplin in an admittedly thankless role as Sermon’s doomed nanny. But mostly it’s because director J.A. Bayona (also responsible for 2007’s THE ORPHANAGE) keeps things moving and even manages to wring some surprisingly tense moments from a movie that grows increasingly goofier as it barrels along. Bayona also mercifully forgoes the dimwitted meta-bullshittery that plagued JURASSIC WORLD, which is strange considering that Colin Trevorrow and Derek Connelly returned to script FALLEN KINGDOM. Like watching a drunk friend headbutt a steel-bladed fan for reasons that will always remain lost to the alcohol, this movie is stupid and it will probably make you cringe, but you’ll enjoy yourself watching it more than you’d ever care to admit. Besides, Wong survives to see another sequel yet again. So, guess what JURASSIC WORLD 3: A MAMMOTH CHRISTMAS? You’ve already got my money.
Posted by Shock Cinema (Steven Puchalski) at 2:47 AM No comments: