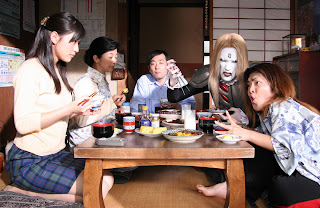 Broken by the realization that he will never achieve his dreams, Negishi gives up the Tokyo music scene and DMC to return to his family farm, only to find that Krauser has followed him. His mother more or less puts him on the right track and he returns for a satisfying wrap up.
Posted by Unknown at 9:21 PM